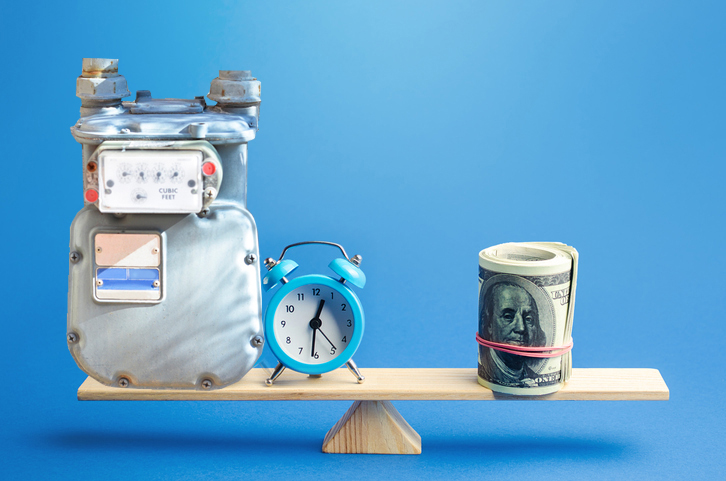 What do Rising Prices Mean for Natural Gas Shoppers?

As if the power rate turmoil of summer weren’t enough for beleaguered natural gas shoppers, there’s more bad news on the way. That’s because the Energy Information Administration has teased that rising energy prices are likely for this December. And, with more heating days expected this winter, chances are that could continue right through the season. So if you’ve been spinning your wheels on shopping for a new natural gas plan, what are you waiting for? Let’s get rolling! Here’s the best gas plans on offer right now that’ll get you through the winter rate frenzy on the cheap.

In third place, there’s Gas South’s Fixed 6 Month plan. This one’s a classic deal: not too many bells and whistles, but a good solid offer. The rate clocks in at 99 cents per therm, with a monthly charge of $6.95 to $9.95. Plus, you’ll get $20 in gas credits. It’s not perfect, though: early cancellation will require you shell out $150. And on a six month plan, that means it’ll cost to shop shoulder month deals.

So what’s next? Well, this is where it gets exciting (ish). Because there’s two neat Georgia Natural Gas® plans to watch out for. Word of warning: the current rates expire on January 4, 2023. So you could end up with a similarly sweet deal if you act fast. But stay alert! Natural gas prices could bounce upwards this month, so these ones are likely to spike along with them. So, with that throat-clearing, let’s dive in…

Georgia Natural Gas® 6-Month Fixed plan is an improvement on Gas South’s 6-monther above in just about every respect. At 95.9 cents per therm, it gives you the same mid-term coverage that’ll tide you over in case those shoulder month discounts aren’t so rosy. Plus, the $4.99 – 7.99 monthly charge will knock a dollar or so off of your admin fees. Most importantly, if you need to leave the plan early, the exit will cost you just $50. A neat rate, a low exit fee, and a clutch of neat extras (free carbon offsetting for 12 months and $200 in exit fee credit anyone?) make this a great winter warmer.

That low $50 exit fee can get a whole lot lower, however, for customers willing to take a gamble! Georgia Natural Gas® is still offering a Market Intro Plan for 80 cents per therm rate. And because it’s an intro deal, there’s no exit fee! The good news? Two months on this plan could spit you out just as shoulder month discounts are kicked into play. The bad news? Well, if rates don’t dip (and there is always that possibility) you could be left shopping around for long-term deals in a far pricier market.

Whichever route you pick, reluctant energy shoppers need to be taking the plunge ASAP this month. Because every week’s delay is going to cost you as energy rates rise. So keep an eye out for developments on the . Georgia Natural Gas® plans above – or dive in with Gas South’s offering. Because natural gas prices may rise in December, so don’t get left out in the cold! Shop them now with www.GeorgiaGasSaving.com.