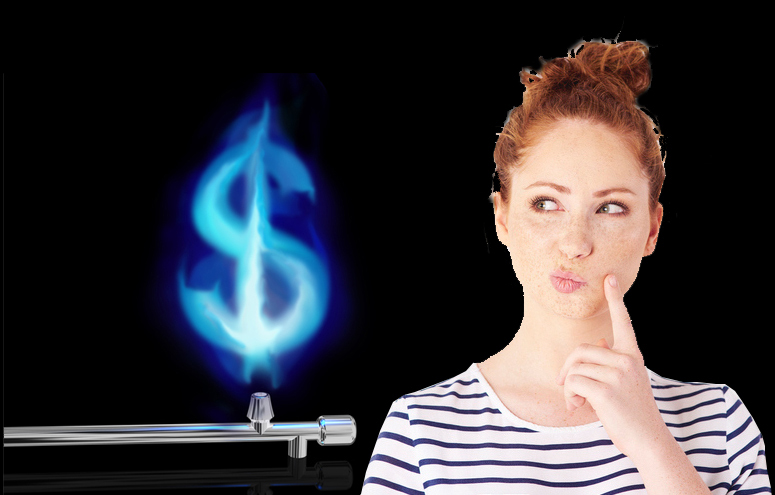 Bargain Gas Rates in Georgia are Off the Table

If you were hoping for some bargain gas rates, it’s bad news folks… Gas supplier prices have doubled this year. And in Georgia, gas rates in the summer are already at their highest. If that weren’t enough, warm summer weather is predicted to send all this into overdrive! Which is, of course, ghoulish news for energy consumer bills. But rally your spirits, GA shoppers! It’s time to get strategic. Accept that whichever rate you lock in now isn’t going to be a keeper. Then, all you need to do is hunt down a provider offering low exit fees. This means you’ll be able to hit that early-termination eject button, and jump off that plan for cheap when more moderate power rates come along in fall. So let the hunt begin.

Should I Lock In a Variable Rate?

Firstly, a word of warning! You’ll see a few plans floating around that carry no exit fee at all – the Market Intro Plan from Georgia Natural Gas®, for example. But don’t fall for it! Introductory plans can be just about the worst plans you could be on this summer. Here’s why.

First of all, these are all ultra-short term plans. Which means that once the intro-rate month or two is over, you’ll be spat out to shop again – slap bang at the peak of summer price spikes.

But second of all, if you forget to change plans once that intro period is over, the provider will roll you over onto their variable rate. Variable rates are highly volatile, and not recommended for any given summer. But this summer in particular? Well, let’s just say the Georgia Natural Gas® current variable rate already stands at an eye-watering $2.39 per therm. And summer’s barely even begun.

With no-contract variable rates safely off the table, we can start looking at your real options. Unfortunately, there aren’t many: most plans carry an exit fee of $150 or upwards. But we’ve truffled out the exceptions…

The SureLock 12 plan from XOOM is a good place to start. The 84.9 cents per therm rate is one of the cheapest on the market. And the $5.85 monthly fee is OK. Early termination is $100, pretty steep, but isn’t that worth it for the lower rate? Well, it’s unlikely. Particularly because you can get exit fees that are a good chunk lower than $100. And that’s likely to save you more than a lower rate will.

So the best option of a bracing bunch is the Georgia Natural Gas® 6-Month Fixed plan, instead. The $1.10 per therm rate is higher, yes. But you’ll get a lower monthly charge of $4.99 – 7.99. And hey, they’ll offset your carbon footprint for free through a free subscription to their Greener Life initiative! Most importantly, however, you’ll be able to jump off of it whenever you want for a bargain fee of just $50.

So whilst you can’t dodge these pricey rates, GA shoppers, you sure can dodge getting locked into them for too long. Find a fixed rate plan with a low exit fee – for example, the 6-Month Fixed plan from Georgia Natural Gas®. This will keep you insulated from further volatility over summer, whilst giving you an easy out once prices dip in fall. So don’t expect to find bargain rates now, but set yourself up to find them later by shopping this plan at www.GeorgiaGasSavings.com!